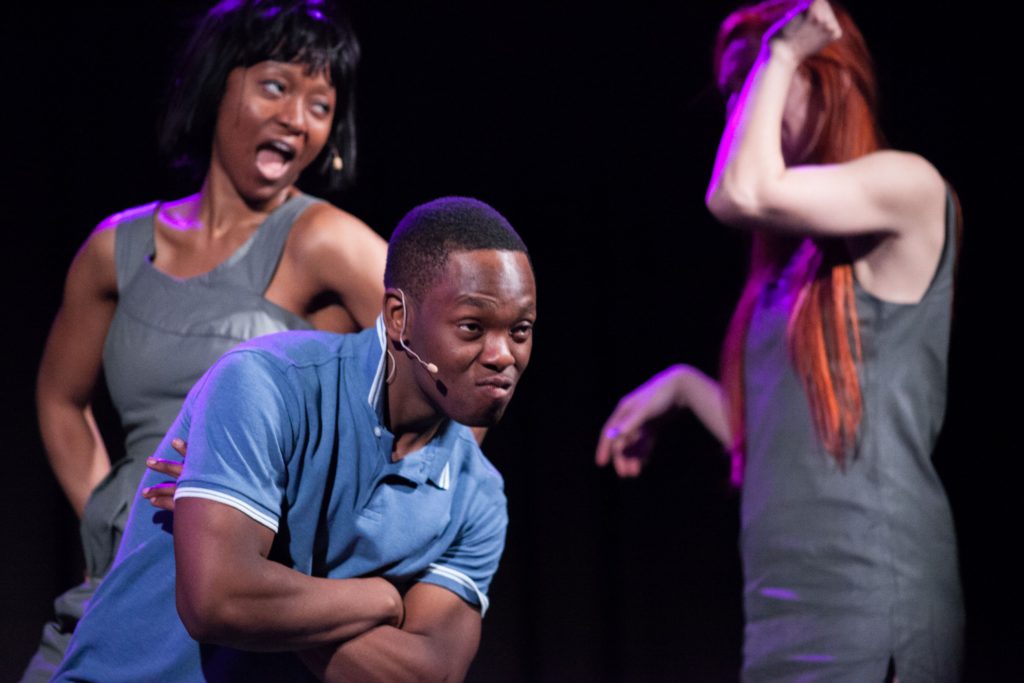 In a bid to crack down on gun crime, the Metropolitan Police have launched a campaign this week to encourage people to hand in their firearms to any police station without facing legal action.

Usually, anyone who carries, acquires, buys, makes or sells illegal weapons can face at least five years in prison, but due to levels of gun use rising by 35 per cent in the last year (226 cases to 305), officers are trying a new method to tackle the problem.

However, writer Emilia Teglia is doubtful this will work.

She has penned a new play that explores gun and knife crime in London’s East End called #Haters, which is currently being performed at venues across the capital.

After moving from Italy to Hackney 18 years ago, Emilia has seen first-hand how devastating the impact crimes such as these can have on communities and the problem is only being fuelled by social media.

Her play, which is part of the theatre’s Outer Limits Festival, follows the true-life story of an attack in Hackney in 2014, where a young man was stabbed and went into a nearby pub to call for help.

This sparked a social media storm that the tabloids picked up on and many people felt divided over how east London was being represented.

Emilia was inspired by the media response to this incident, especially as she has seen a lot of knife and gun crime in her town.

As the founder of Odd Eyes Theatre Company, which gives a voice to those who feel under-represented or marginalised in society, she began to look at how social media is influencing today’s society.

The 40-year-old says: “I see a lot of crime like this in Hackney. I think a play about knife crime is really urgent for the area as it is an issue that should not be brushed under the carpet.

“It is easy to get exposed to knife crime. I was really interested in the reactions from people on the internet over stories about this kind of violence, as it seemed a lot of people were talking and making comments without looking at the facts.

“As a result, I have interviewed local people who are both old and new residents and written the story from the perspective of a person from a local estate who is meant to represent all the stereotypes the media and other people may have of somebody from that background.”

Emilia was keen to delve deeper than the portrayals usually seen in mainstream media and wanted to show that the people in her play were human, rather than statistics and had similar needs and aspirations as everyone else.

She explains: “The play will be performed in spoken word style by the two central characters with three female vocalists providing the social media commentary like a Greek chorus.

“I’m also interested to see how people react to the play, as I think people will sit down at the beginning with their own ideas and interpretations, which will hopefully change after they have seen the show.”

Writing and theatre have always been a passion for Emilia, particularly the representation of minorities.

After travelling to London for a holiday in 1999, she fell in love with British culture and decided to stay. However, she found herself without a steady job or home, but with the help of several homeless charities, she was able to find her feet and pursue her creativity.

She set up her theatre company in 2009 with the belief that people need a space where they can express themselves without judgement.

She says: “After this show, I’ll be developing a new play about migration and movement to Britain and exploring different people’s attitudes towards Brexit. It’s an interesting time to live in at the moment.”